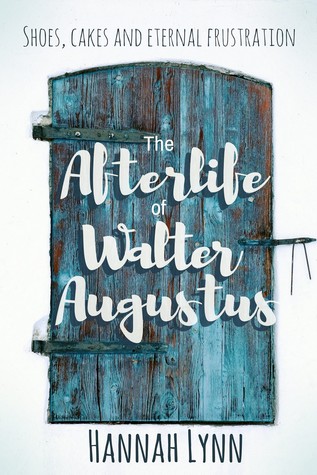 Walter Augustus is dead. His current state of existence has become a monotony of sweet tea and lonely strolls and after decades stuck in the Interim — a posthumous waiting room for those still remembered on Earth — he is ready to move on. Only when he is forgotten by every living person will he be able to pass over and join his family in the next stage of the afterlife. At last the end is tantalizingly close, but bad luck and a few rash decisions may see him trapped in the Interim for all eternity.

Letty Ferguson is not dead. Letty Ferguson is a middle-aged shoe saleswoman who leads a pleasant and wholly unextraordinary life, barring the secret fortune she seems unable to tell her husband about. However, when she takes possession of an unassuming poetry anthology, life takes on a rather more extraordinary dimension.

I really enjoyed this book! I felt like the plot and story was really unique! I thoroughly enjoyed reading about Letty and Walter, though there were some times I felt like I was on an emotional roller coaster. I didn’t always like Letty or Walter, but in a way that made the book and writing better to me.

Overall I gave this story a 4 star rating. I loved the new take on the afterlife, and the two POV’s. I was sometimes frustrated with Letty for letting her sister manipulate her but loved the amount of character growth she goes through. I really enjoy when a character grows with the progression of the novel. I also enjoyed how unique each character was – there were quite a few but each one was so distinct it didn’t feel overwhelming.

I started off liking Walter but felt like his pride often got in the way of his judgement. It is a testament to the authors quality of writing on how realistic the main characters felt and how much emotion was evoked through the novel.

The one thing that confused me a little was why Letty felt the need to keep her money a secret from her spouse. I understood in regards to her greedy sister, but the anxiety she felt regarding anyone else finding out was a little strange to me.

Also as a heads up, I did have to look up some terms and phrases used throughout the book that I was unfamiliar with, possibly due to the fact that I am American. It didn’t hinder my reading experience however! I would highly recommend checking out this book!

Hannah Lynn was born in 1984 and grew up in the Cotswolds, UK. After graduating from 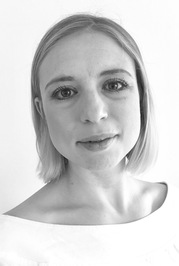 university, she spent ten years as a teacher of physics, first in the UK and then around Asia. It was during this time, inspired by the imaginations of the young people she

taught, she began writing short stories for children, and later adult fiction. Her first novel, Amendments, was published in 2015, her latest novel, The Afterlife of Walter Augustus, is out July 2018. Now as a teacher, writer, wife and mother, she is currently living in the Austrian Alps.
Twitter

Amazon.co.uk – The Afterlife of Walter Augustus

Amazon.com – The Afterlife of Walter Augustus

Check out these other amazing blogs that also participated in the tour and shared their thoughts on The Afterlife of Walter Augustus! And scoop up this book quickly while its on sale for $0.99!!!

7 thoughts on “The Afterlife of Walter Augustus: Blog Tour!”