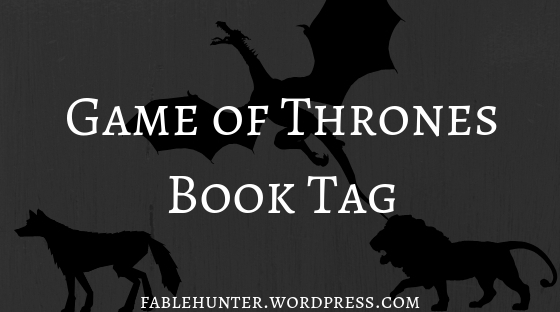 Hello and happy Saturday! Who here is a Game of Thrones fan? I only recently began watching it (due to many of my friends continuously harassing me – for good reason as I soon learned), and I’ve already binged through the first 6 seasons! I’m trying to spread out the last season as much as possible, but it is an absolutely addicting show!

With the last season of Game of Thrones coming out tomorrow (I’m glad you can’t hear my excited screaming), I thought this would be a fun tag to do! I found it on The Bookish Chick’s blog and had to do it! Not only will I answer the prompt but I will also be sharing my thoughts on each house! It’s not often I get a chance to talk about GOT, and I am taking full advantage!

HOUSE LANNISTER: HEAR ME ROAR
Name a book that you originally loved, but upon a re-read realised that it wasn’t so great after all.

Sadly, Die for Me by Amy Plum. This was one of my favorite books, but I recently reread it and realized it wasn’t as fantastic as I remembered (a review coming soon).

House Lannister is a conflicted house for me. Almost every character has redeeming qualities, but are also a bit twisted. Cersei and Joffrey are my least favorite, and Tyrion and *cringe* Jamie are my favorite – out of this house!!! Cersei loves her children, I’ll give her that but she is a terrible person, and she’s not as clever as she thinks she is. Joffrey is a monster. Plain and simple. Jamie isn’t always a terrible person, and does some compassionate and honorable things. But he also does some pretty messed up things as well that makes me conflicted. Tyrion is by far the best person of house Lannister. He is compassionate, intelligent and delightfully sarcastic.

HOUSE STARK: WINTER IS COMING
Name your most anticipated book release for 2019. 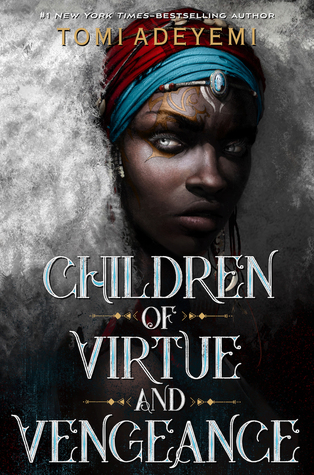 Winter is coming, and with it the release of Children of Virtue and Vengeance. I am so ready and excited for this sequel!!!

House Stark is my favorite house and has most of my favorite characters. Their values and mindset is awesome, and who doesn’t want a direwolf? Jon, Robb and Arya are my favorites from this house. Sansa started as my least favorite but I grew to love her in the later seasons. She has a quiet sort of strength and resilience. Jon and Robb are very similar, and uphold the values of their house, but I adore Jon and his storyline. I relate to Arya’s tom-boyishness and admire her self sufficiency. But there are times she can be a little…disturbing. Given the situation though, it was somewhat justifiable. The most tears I have shed have been over this house and their trials, I love them so much.

I’m going to give this to the Throne of Glass series. It is just absolutely enthralling and is an amazing series with fantastic everything! It also has a fantastic, fierce and fair haired female protagonist which is fitting for House Targaryen. I’m currently on the third book and can’t read it fast enough. You can check out my reviews of the first book here and second book here.

House Targaryen is my second favorite house, mostly only because of Daenerys. Her brother was a whinny coward and terrible person. Do I even need to discuss how horrible the Mad King was? But Daenerys is such an amazing, strong and inspiring female character who rocks! She can be a little harsh, as she likes to give people their ‘just desserts’ and, let’s admit it, she’s a drama queen. Besides that, she has such a good heart and ideals, and tries using her power for good. She is tied with Jon Snow for my favorite character and some of my favorite quotes are from her.

HOUSE BARATHEON: OURS IS THE FURY
Name a book that ended with a cliffhanger ending that genuinely pissed you off. 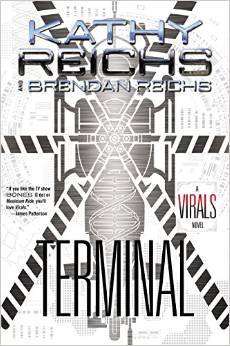 The ending of Terminal had me legitimately screaming and ranting, I was so mad it ended the way it did. Everything had been wrapped up so neatly and then they threw in a curveball, and just…ended it?! NO!

House Baratheon was one mess after another. I hated Stannis. He did so many horrendous things, and I honestly believed he was insane. I liked his friend Davos Seaworth though. Renly had potential, and was a good person. He could be a little pompous at times, but he was my favorite of House Baratheon. Robert was, in my opinion, a drunken idiot of a King, but I imagine he was a force to be reckoned with when he was younger. They’re towards the bottom of the list, but not my least favorite house at least.

HOUSE MARTELL: UNBOWED. UNBENT. UNBROKEN.
Name a book, or book series, that’s been on your TBR since the dawn of time.

Shadow and Bone is one of my oldest books on my TBR. I keep meaning to read it and then forget… oops.

I actually had to look up House Martell to remind myself of who they were (sorry!). I would put them smack solid in the middle of the list. They have a cool culture and respectable values. They also have some kick-butt women, which I always appreciate, but those women in question aren’t the most logical in terms of where they place their anger. I liked the King and Prince a lot though, they seemed like decent and open minded people, who cared for the well being of others. I don’t have a lot to say about House Martell other than I wouldn’t want them for my enemy.

HOUSE BOLTON: OUR BLADES ARE SHARP
Name the most graphic or disturbing book that you’ve ever read. 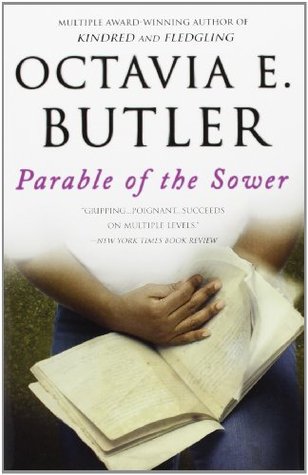 The most graphic book I’ve ever read was Parable of the Sower. I couldn’t even get half way through the book because the descriptions made me sick to my stomach. It was disturbing in a “this could happen and probably has happened” type of way.

House Bolton also makes me sick. They’re my absolute least favorite house and characters. They were back stabbers and positively disturbing people. The flayed man. Seriously?! Thats your banner Boltons? That is what you choose to do with your time and enemies? So disturbing. Ramsey was the worst, and worse than a monster. His actions were..I can’t find the words. Cruel, disturbing and sickening can’t begin to describe him. Ramsay and Joffrey are tied for worst character. His dad wasn’t much better. It is an impossible to pick even one Bolton who was the best of the house.

HOUSE TYRELL: GROWING STRONG
Name a book, or book series, that gets better and better with every re-read.

Hopefully to no one’s surprise, I’m going to give this to Harry Potter. Every time I reread it, I find something new. It will always have a special place in my heart and I love it more every time I read it.

House Tyrell is a pretty decent house. I didn’t mind Loras at all, and I adored the grandmother Olenna. She is a tough old cookie, and so direct and sassy. She was my favorite of the house and made me laugh a few times. Margaery and her father Mace were my least favorite from the house. Margaery is a bit of a power hungry chameleon, and Mace is a nuisance, but neither were that terrible.

Those are my answers! There are more houses in the GOT world not listed here, but I won’t rant about them as this post is already really long. I also tag everyone who wants to do this!

What do you think of my book choices? Do you agree or disagree with my opinion of each house? Who is your favorite house and character? Are you excited for the new season? Let me know in the comments!