Hello my lovely book dragons, and happy Monday! Today, I have the amazing pleasure of announcing that I am collaborating with Alice at DIYerfy to bring you a book giveaway!!! This isn’t just any book giveaway though – not only are we giving away TWO books, but we’re giving away COLLECTORS EDITIONS!!!

As a book lover, I adore collector editions of books. I wanted to bring you all a giveaway that I would love to enter, and die of happiness if I won. Now, you might be wondering: What are the two books we are giving away? They are….

A Darker Shade of Magic by V.E. Schwab

Two FANTASTIC fantasy novels by two TALENTED New York Times Bestselling authors! I had the pleasure of starting the Throne of Glass series not long ago, which you can find my review of here. We are ALSO giving away TWO bonus ebooks!!

Book 1: A Darker Shade of Magic

Kell is one of the last Antari—magicians with a rare, coveted ability to travel between parallel Londons; Red, Grey, White, and, once upon a time, Black.

Kell was raised in Arnes—Red London—and officially serves the Maresh Empire as an ambassador, traveling between the frequent bloody regime changes in White London and the court of George III in the dullest of Londons, the one without any magic left to see.

Unofficially, Kell is a smuggler, servicing people willing to pay for even the smallest glimpses of a world they’ll never see. It’s a defiant hobby with dangerous consequences, which Kell is now seeing firsthand.

After an exchange goes awry, Kell escapes to Grey London and runs into Delilah Bard, a cut-purse with lofty aspirations. She first robs him, then saves him from a deadly enemy, and finally forces Kell to spirit her to another world for a proper adventure.

Now perilous magic is afoot, and treachery lurks at every turn. To save all of the worlds, they’ll first need to stay alive.

After serving out a year of hard labor in the salt mines of Endovier for her crimes, 18-year-old assassin Celaena Sardothien is dragged before the Crown Prince. Prince Dorian offers her her freedom on one condition: she must act as his champion in a competition to find a new royal assassin.

Her opponents are men-thieves and assassins and warriors from across the empire, each sponsored by a member of the king’s council. If she beats her opponents in a series of eliminations, she’ll serve the kingdom for four years and then be granted her freedom. Celaena finds her training sessions with the captain of the guard, Westfall, challenging and exhilarating. But she’s bored stiff by court life. Things get a little more interesting when the prince starts to show interest in her … but it’s the gruff Captain Westfall who seems to understand her best.

Then one of the other contestants turns up dead … quickly followed by another. Can Celaena figure out who the killer is before she becomes a victim? As the young assassin investigates, her search leads her to discover a greater destiny than she could possibly have imagined 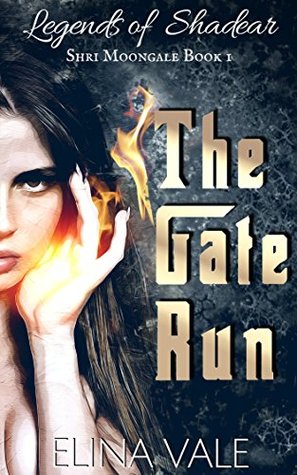 Slave-girl Shri Moongale dreams of becoming a senatai, of learning magic and freeing all the other slaves from their plight. The mysterious tower Spike in the center of the city is where the senatai study the art of magic, but the senatai are living under the rising tyranny of the powerful High Master, who is secretly practicing dark magic.

Unaware of the darkness brewing inside the Spike, to reach her dream of magical powers and freedom, Shri enters the Gate Run, a game that offers an opportunity to join the senatai of the Spike.

Many eyes are set on Shri, as she struggles inside the cruel magical world. She will have to survive the beats, betrayals, and the traps set to test her, and when the dark forces find her, she must discover her inner powers and fight for her life.

Is Shri’s lifetime of preparation enough to overcome the challenges that await her within the Gates? Will she be strong enough to face the dreadful High Master, when he learns about Shri’s yet hidden talents? 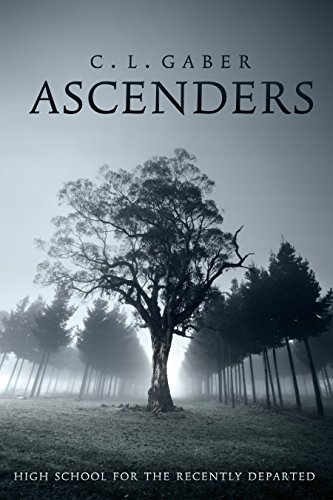 Walker Callaghan doesn’t know what happened to her. One minute she was living her teenage life in suburban Chicago…and the next minute, she was in a strange place and in a brand new school with absolutely no homework, no rules, and no consequences.

She doesn’t go to heaven or hell. She lands at The Academy, a middle realm where teenagers have one thing in common: They were the morning announcement at their high schools because they died young.

These high school kids are now caught in a strange “in-between” zone where life hasn’t changed very much. In fact, this special teen limbo looks a lot like life in a quaint Michigan town complete with jocks, popular girls and cliques. “There are even cheerleaders in death,” Walker observes. It’s not a coincidence that the music teacher is a guy named Kurt who “used to have this band.” The drama teacher, Heath, is crush worthy because back in his life, he starred in some superhero movie.

Principal King explains the rules — there are none. Why? You can’t die twice.

There is no homework.
No tests.
No SATS.
You’re just there to learn because the human brain isn’t fully formed until you’re 24.

By the way, you can’t get hurt physically, so race your Harley off that hillside. But falling in love is the most dangerous thing you can do …because no one knows how long you’ll stay in this realm or what’s next.

“Losing someone you love would be like dying twice,” Walker says.

How to Enter to Win

The giveaway will run between January 14, 2019 through January 18, 2019. Winner will be selected on January 21st and contacted by DM (direct message) on twitter. If you don’t have DM capabilities, it will be the winner’s responsibility to email Alice at info@diyerfy.com to claim prize.

There will be 1 winner only. If prize is not claimed within 48 hours of initial contact, a new winner will be selected. Winner must be willing to share mailing address so that both books can be mailed to you.

I’m SO EXCITED for you all to be able to have a chance at getting these two wonderful collector edition copies and fun ebooks! Keep an eye on Alice’s blog as well! She’s doing not just one, not just two, not even just three but 12 – that’s right, 12 – giveaways this year! Check out her list of giveaways for the rest of 2019, theres an amazing giveaway EVERY MONTH!

This giveaway is on Twitter and starts January 14th and ends January 18th and the winner will be selected January 21st!

I wish you all the best of luck!!

2 thoughts on “Book GIVEAWAY!!! Two Collector Edition Books You Need On Your Shelf”